Dreamcloud VS Casper Mattress Comparison in 2022

Both of these mattresses are beautifully constructed and come with some of the most exceptional features. Just pick the right mattress for your needs and budget. DreamCloud offers two mattresses: DreamCloud and DramCloud Premier, while Casper offers four mattresses: Casper Original, Casper Original Hybrid, the Nova Hybrid, and the Wave Hybrid.

With over six mattresses to pick from, you can land a mattress of your choice from these two excellent bed-in-a-box mattress brands. All DreamCloud mattresses are hybrid, while Casper has one all-foam bed (Casper Original) and three Hybrid mattresses.

If you want to know which mattress matches your needs best, continue reading to find out. This detailed review has everything you have to know about DreamCloud and Casper mattresses.

To tell which mattress is best suited for your needs, you need to scrutinize how each one of them is made. DreamCloud and Casper mattresses differ in how they are constructed. Read on to know what makes up each bed. 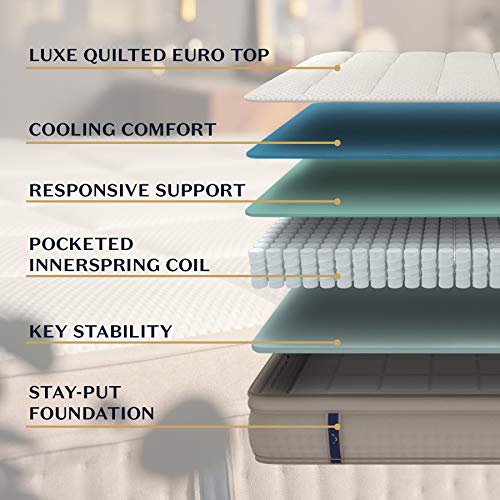 The DreamCloud can accommodate sleepers who weigh 130 pounds or more. Thanks to its medium-firm that can support most types of sleepers. It is also the firmest bed on this list, with a rating of 6 on the firmness scale of 1 to 10. Since the mattress has coils in its support core, it also sleeps cool as air flows freely through its structure.

DreamCloud Premier mattress is 15-inches in height. Besides, it comes in different sizes, which include Twin, Twin XL, Full, Queen, King, and California King. Here’s what the California Premier bed is made of:

The cover is made up of a Euro-top cashmere blend quilted with 2.5-inches of memory foam. When compared to the DreamCloud mattress, the quilted memory foam is slightly larger.

But since both beds feature coils in the support core, the DramCloud Premier is also breathable and sleeps cool. Apart from that, it has a supportive edge, which prevents sleepers from sinking when they sit or sleep around the perimeter.

Unlike DreamCloud, Casper has four mattress options; Casper Original, Casper Original Hybrid, Casper Nova Hybrid, and Casper Wave Hybrid. Note that all Casper mattresses come with a polyester cover that’s soft to touch. Here’s how each of these beds is constructed: 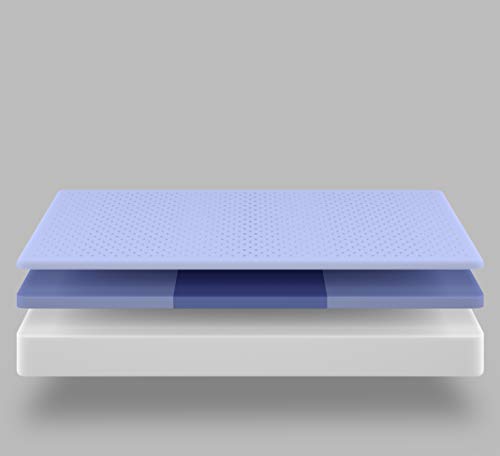 Casper Original is the only all-foam mattress on this list. Therefore, it’s virtually silent and the best at isolating motion. In addition, it has a firmness rating of 5, which is medium on a scale of 10. What’s more, it provides the most pressure relief, and it’s the least expensive mattress on the list.

On top of that, the zoned memory foam layers in both mattresses differ as the Casper Hybrid has three zones, while the Nova Hybrid has seven zones. These additional zones make Casper Nova Hybrid softer and more suited for relieving pressure than Casper Hybrid.

The Casper Wave Hybrid mattress is the most luxurious and expensive Casper mattress. Unlike the other Casper Hybrid beds, this mattress comes with two additional zones for added comfort and alleviating pressure.

Casper Wave Hybrid is also slightly more significant than the other Casper beds as it measures 13-inches in height. It also has different mattress sizes to pick from, including Twin, Twin XL, Full, Queen, King, and California King. Here is what the Casper Wave Hybrid mattress is made of:

Since the Casper Wave Hybrid comes with additional layers, it’s pretty plusher than other Casper Hybrid beds. It also has a medium-firm feel with a score of 5 on a scale of 10. Besides, it also relieves pressure excellently and isolates motion well.

As stated earlier, all of these beds have a medium-firm feel. However, some mattresses feel firmer than others. The firmest beds on this list are the DreamCloud mattress and DreamCloud Premier, while the softest is the Casper Nova Hybrid and Casper Original beds. Make sure to choose the right firm feel for a comfortable and relaxed night’s sleep.

People who sleep with partners, pets, and kids know the importance of having a mattress with good motion isolation. Unfortunately, since hybrid mattresses come with coils in their structure, they are typically responsive, making them have poor motion isolation.

Some beds are easier to move in and out, while others are not. Typically, all-foam mattresses are highly conforming, resulting in better pressure relief. However, when it comes to movement, the hug feeling can make you feel stuck in bed.

Casper Original is the only all-foam bed on this list. Therefore, it’s the least breathable bed, followed closely by the Casper Nova Hybrid with lots of foam in its comfort layer. The rest of the bed sleeps relatively cool as they allow air to flow freely and get rid of most of the heat.

If you’re a person who feels pain around the shoulders, waist, or around your legs, having a bed that alleviates pressure well is vital. That’s where the Casper Original mattress comes in. Since all-foam beds deliver the best pressure relief, the Casper mattress will be the perfect mattress for such people.

However, the Casper Nova Hybrid also offers considerable pressure relief. Thanks to the extra layers and zones that it comes with. These make the mattress plush, and it’s able to hug the sleeper more closely than other beds.

The materials a mattress comprises of can affect sex. For example, All-foam mattresses tend to sink in more than hybrid or latex mattresses. As a result, the Casper Original is the least ideal bed for sex. The other mattresses come with memory foam layers and coils that make the bed responsive and bouncy. Also, hybrid mattresses are good for sex as they feature a reinforced edge. This is crucial as it allows the entire bed to be utilized.

The best bed for sex on this list is the DreamCloud Premier mattress. It has a medium-firm surface with extra cushioning for excellent traction. It’s also bouncy and easy to change positions.

As much as most people don’t consider this factor, it’s vital to have peace of mind. Some beds are noisy and maybe a distraction during sex. Nevertheless, some mattresses like those made of all-foam are quiet and perfect for sex.

Casper Original is the only bed on this list that won’t make noise. The rest will produce some noise as they have coils in their structure.

Almost all bed-in-a-box mattresses off-gas. This is because of the materials they are made of, which contain volatile organic compounds. So, when a new mattress is opened, it produces a chemical odor. Nonetheless, some beds take a shorter period to off-gas, while others take longer.

DreamCloud and Casper off-gas when opened. Both of these beds will have to be left in an open or well-ventilated room for at least 48 hours to fully off-gas. However, the Casper Original may take slightly longer to off-gas as it’s made of all-foam layers, unlike the other beds with coils in their structures.

Trying a bed before buying it helps you know if it feels good or it’s a terrible idea. Both of these online companies provide free trial periods. DreamCloud provides the best trial period of 365-nights with a 30-night mandatory break-in period.

When it comes to Casper, shoppers will get a 100-night free sleep trial period. This is the industry average, but it also comes with a 30-night mandatory break-in period.

So, regardless of which mattress you acquire, you will have to break in for 30-nights before making up your mind. But, overall, the DreamCloud trial period is so enticing and allows you to test the bed properly.

DreamCloud ships its mattresses for free to the contiguous US states. However, shoppers located in Alaska and Hawaii will have to pay an extra fee for their mattresses to be shipped. Note that DeamCloud does not offer international shipping at the moment.

On the contrary, Casper also ships to the contiguous US states and some parts of Canada for free. However, buyers in Alaska, Hawaii, and Northern Canada are charged a fee to have their bed shipped on their doorstep.

All of these beds are worth their price and are some of the best on the market. The Casper Original bed is the cheapest as it’s made of all-foam. The other beds are pretty expensive as they are all hybrid mattresses.

Both of these beds come with exceptional warranties. The DreamCloud mattress comes with an industry-best limited lifetime warranty, while Casper comes with an excellent 10-year limited warranty. However, when you compare these two warranties, it’s clear that DreamCloud is the best as the risk is negligible.

So, you won’t spend a dime on the DreamCloud bed in case of a defect in the future.

Who should buy the DreamCloud mattress?

Who shouldn’t buy the DreamCloud mattress?

Who should buy the Casper mattress?

Who shouldn’t buy the Casper mattress?

Which mattress are you going to buy between Dreamcloud and Casper?

Overall, both the DreamCloud and Casper mattresses are fantastic online beds. Casper Original mattress is the cheapest bed, while Casper Wave Hybrid is the most luxurious and expensive bed. If you want a mattress that is made of all-foam, Casper Original is your option.

If you’re on a stringent budget, but still desire a quality hybrid bed, the DreamCloud mattress is the most suitable one. But if you’re willing to spend to get the best of the best, Casper Wave Hybrid is the best choice. For those who want a better warranty and a long sleep trial period, DreamCloud is your best bet.

Make the right choice so that you can have ample, sound, and healthy night’s sleep.